There are gifts that contain more love than can be expressed in words. Hotel Casa Fuster is the perfect example. The beautiful modernist building was a gift from Mariano Fuster i Fuster, a gentleman of Mallorcan high society, for his wife, Consuelo Fabra i Puig, daughter of the Marquis of Alella. 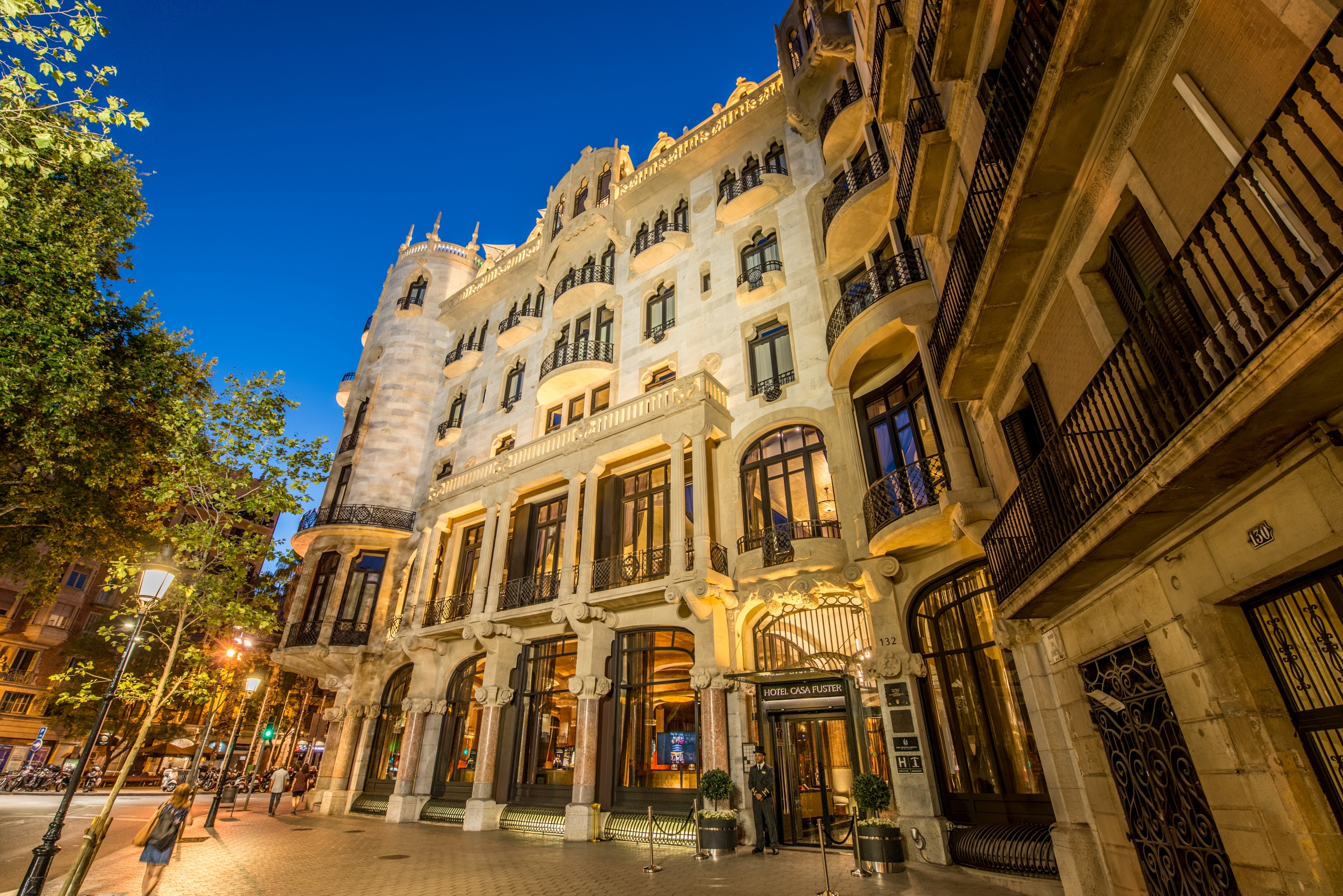 Mariano Fuster i Fuster wanted to give his wife a house as a gift with the aim of pleasing her and adding beauty to the city of Barcelona. Hence he decided to buy the building located at number 132, Paseo de Gracia. In 1905, he obtained the necessary permits to demolish it and build a spectacular house. He entrusted the ambitious project to the Catalan architect, Lluís Domènech i Montaner. Mariano Fuster named the house after his wife and dedicated a rose window to her with the initials CF, which can still be seen on the façade on Calle Jesús.

Once finished, it was considered the most expensive house in the city, due to the materials used in its construction, including marble of the highest quality. For all these reasons, it is said that Hotel Casa Fuster, defined as the designer hotel par excellence, is so much more than five-star accommodation.

The Hoteles Center chain acquired the house in 2000 and refurbished it with the utmost respect for the building’s originality while, at the same time, enhancing the spectacular nature and singularity of such a fantastic piece of architecture. The hotel opened its doors in 2004.

Casa Fuster is not only the masterpiece of Domènech i Montaner, but it is also the building that is the crowning closure to the Eixample district, symbolising Barcelona’s greatest period of prosperity and splendour during the past 100 years.

Lluís Domènech i Montaner, the internationally renowned modernist architect and author, among other works, of the famous “Palau de la Música Catalana” which was declared a World Heritage Site by UNESCO, built Casa Fuster with three façades of great impact, due to their details and expressiveness.

The works began in 1908 and three years later the Fuster-Fabra family moved in and inhabited the main floor. The façade of the house was the first to be made of white marble in Barcelona. Due to the elevated cost of its construction, the family left the house at the beginning of the 1920s.

In 1962, the company ENHER bought the house with the intention of demolishing it and building a skyscraper. The people of Barcelona opposed it, and thanks to their protests the house was saved. They managed to get ENHER not only to not demolish the house, but to commit to the restoration of the building, which was carried out between 1962 and 1974. The last renovation took place in 1995. In 1999, Casa Fuster was put up for sale and a year later, it was bought by Hoteles Center, transforming it into the current Hotel Casa Fuster. 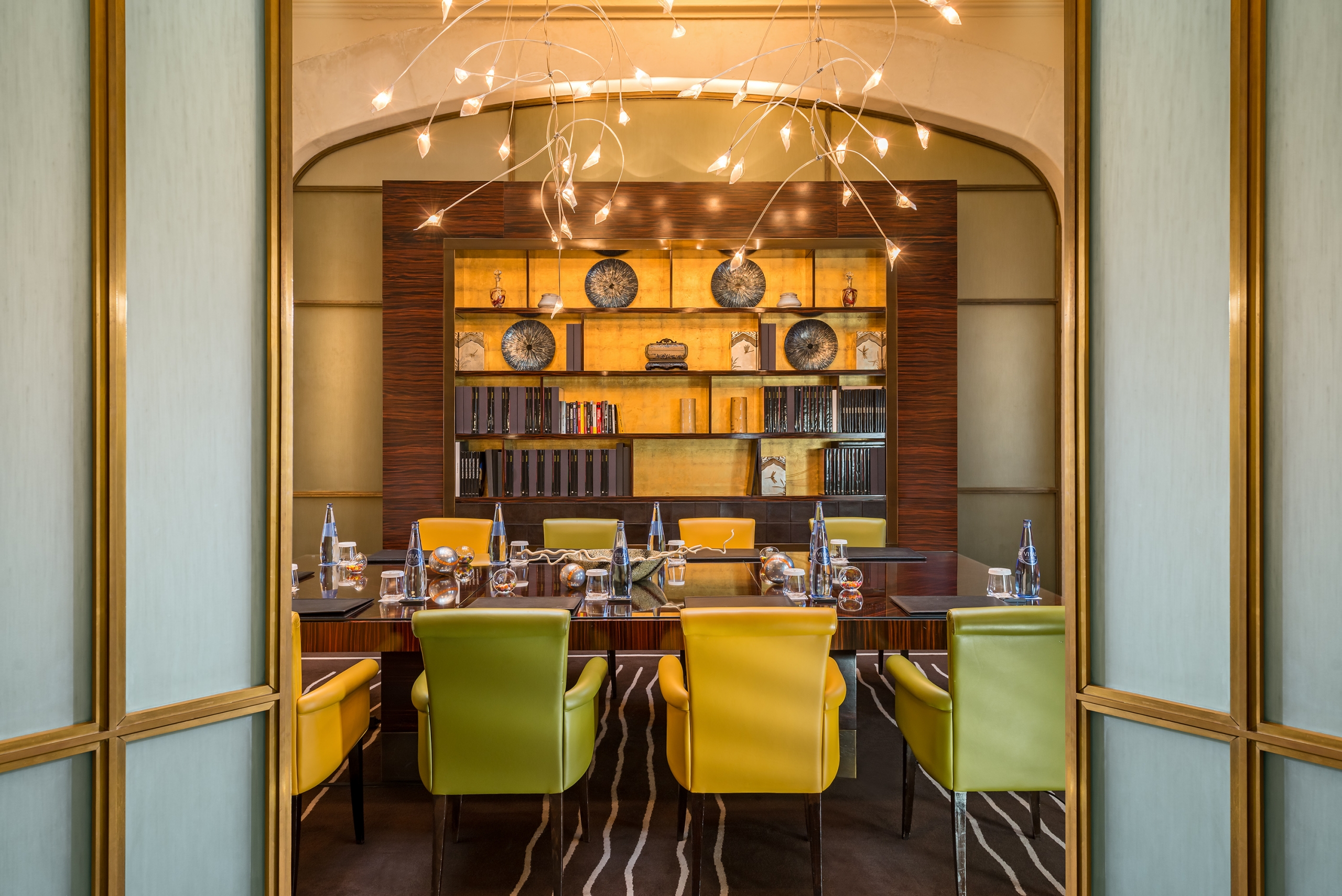 From past to present

Today, the Hotel Casa Fuster offers 105 rooms decorated in warm, natural tones. The large windows allow natural light to enter all the rooms, which are decorated with noble materials such as cherry wood. Its exclusively designed furniture follows the modernist lines of the period in combination with elements of contemporary design.

Casa Fuster has several spaces, each with their own personality, where gastronomy, culture and leisure merge to create a unique experience. Its excellent, unique architecture creates an unrepeatable atmosphere, ideal for all kinds of events and celebrations.

To this day, love stories are still closely linked to the hotel, which is considered one of the most romantic buildings in Barcelona. Many weddings of both Spanish and foreign couples are held there. On Valentine’s Day, the hotel offers a special evening meal for couples, and an evening meal and accommodation package for those coming to commemorate the love story that was the origin of one of the most romantic and beautiful buildings in Barcelona. 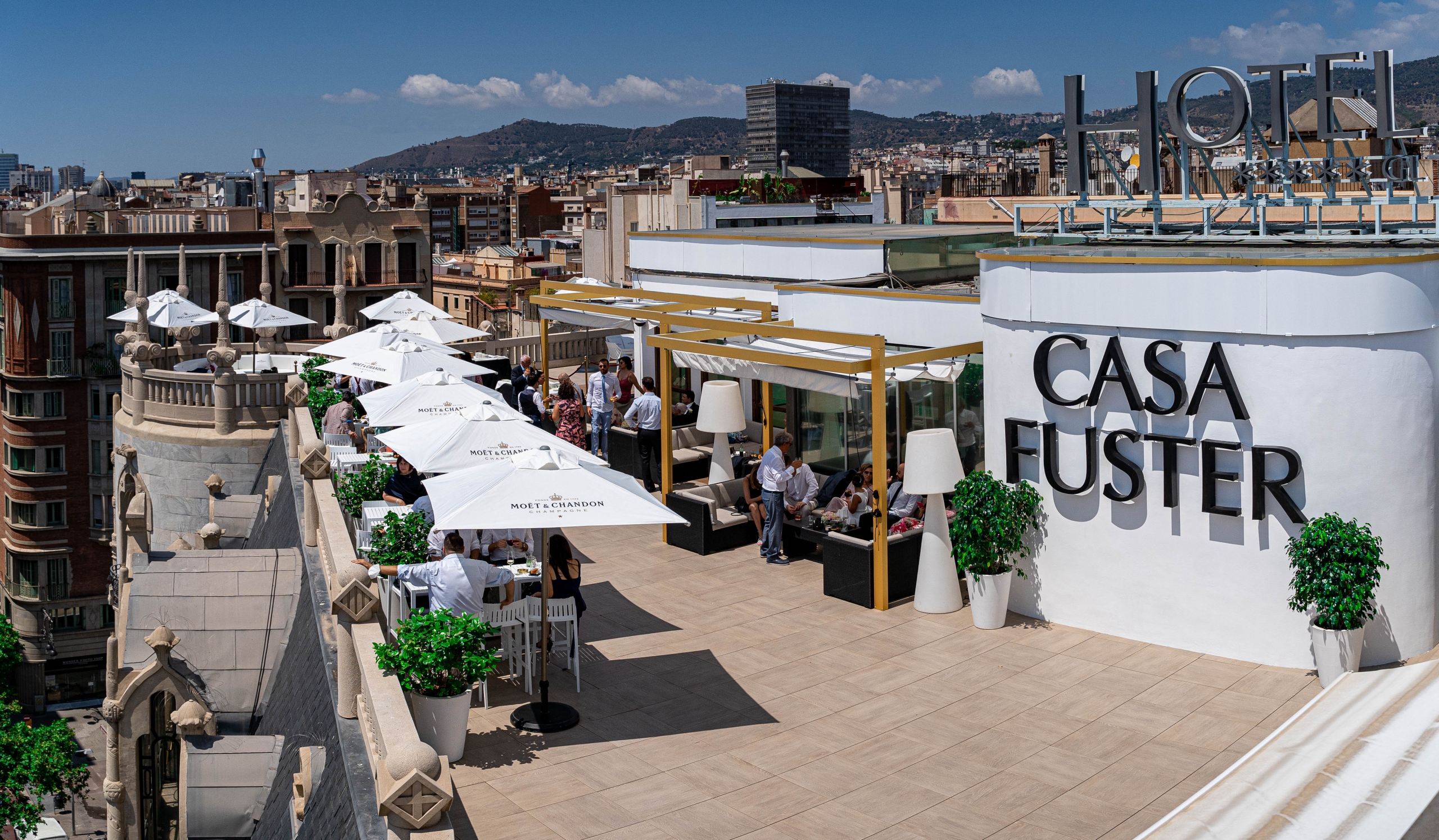 SOPHIA LOREN
Scroll to top
Manage Cookie Consent
To provide the best experiences, we use technologies like cookies to store and/or access device information. Consenting to these technologies will allow us to process data such as browsing behavior or unique IDs on this site. Not consenting or withdrawing consent, may adversely affect certain features and functions.
Manage options Manage services Manage vendors Read more about these purposes
View preferences
{title} {title} {title}