The illegality of form 720. 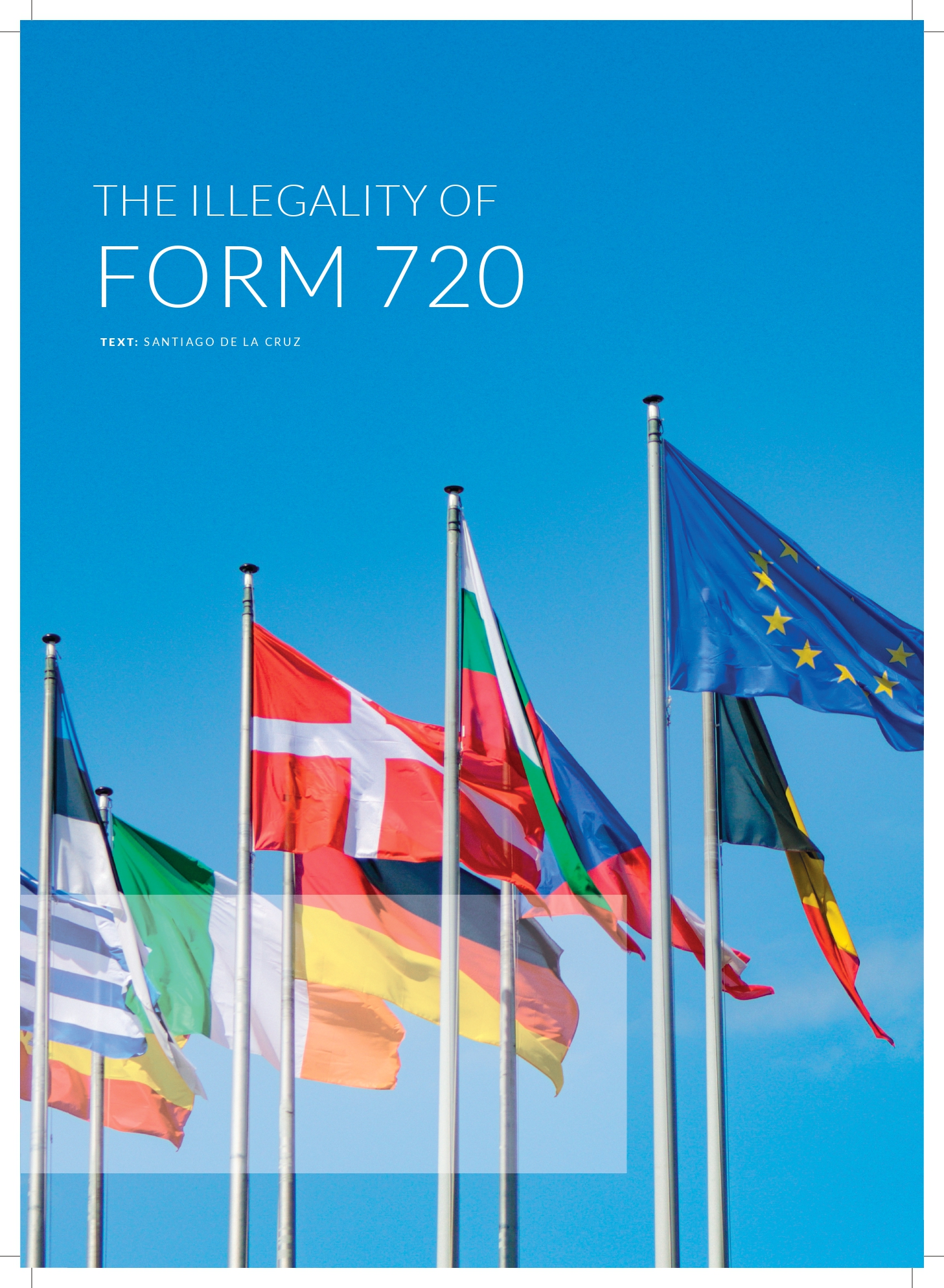 In its judgement of 27 January 2022, the Court of Justice of the EU declared the Spanish legislation that forced tax residents in Spain to declare their assets or interests located abroad using form 720 to be illegal and contrary to European Union Law. Another correction to an excessively aggressive tax policy which in this case dates back to the year 2012.

If you are a Spanish tax resident and have never had assets abroad, you won’t ever have had to submit form 720 and this judgement by the Court of Justice of the EU won’t affect you.

But if you have had or currently have assets or interests abroad you’ll be well aware that since 2012, our national tax legislation requires you to declare these assets and interests and if you haven’t done so or didn’t do so correctly or on time this will have been subject to regularisation even if they were acquired during a period for which the statute of limitations has expired, with extremely disproportionate penalties.

The CJEU judgement has reprimanded the Spanish legislator as it considers Spain to have failed to comply with the obligations that apply to it pursuant to the free circulation of capital. And this non-compliance has been reiterated and abusive:

Firstly, because it introduced the non-expiry of unjustified earnings and there is no equivalent of this with assets and interests located in Spain, which implies different treatment amongst Spanish residents depending on where their assets and interests are located, and this is interpreted as a dissuasive measure for investment in other Member states.

The Spanish legislator has violated the principle of proportionality with incomprehensible, completely unjustifiable penalties.

But form 720 is not going to just disappear. The European Union Court of Justice has declared the non-expiry and the penalty system to be null and void and once again, as happened with the local tax on the increased value of urban land, our legislator has surprised us with agility seen only in cases of tax collection, non-existent in all other cases, to modify specific aspects and continue collecting.

Whilst the fact that the Spanish legislator is attempting is guarantee the effectiveness of the tax controls and the fight against fraud and tax evasion is praiseworthy, the methods used and the tools employed are sometimes unacceptable. The legislation, since corrected by the CJEU, is clear evidence of the breakdown of the necessary legal security, the lack of proportionality and a misunderstood eagerness to collect taxes which the judgement itself has classed as tax repression.

This judgement opens the door for all taxpayers who “suffered” action by the Tax Office, through the regularisation of the assets and interests included as undeclared capital gains and who received penalties or fines, to consider the possibility of starting liability proceedings against the State to recover the amounts of the taxes or the fines and penalties paid.